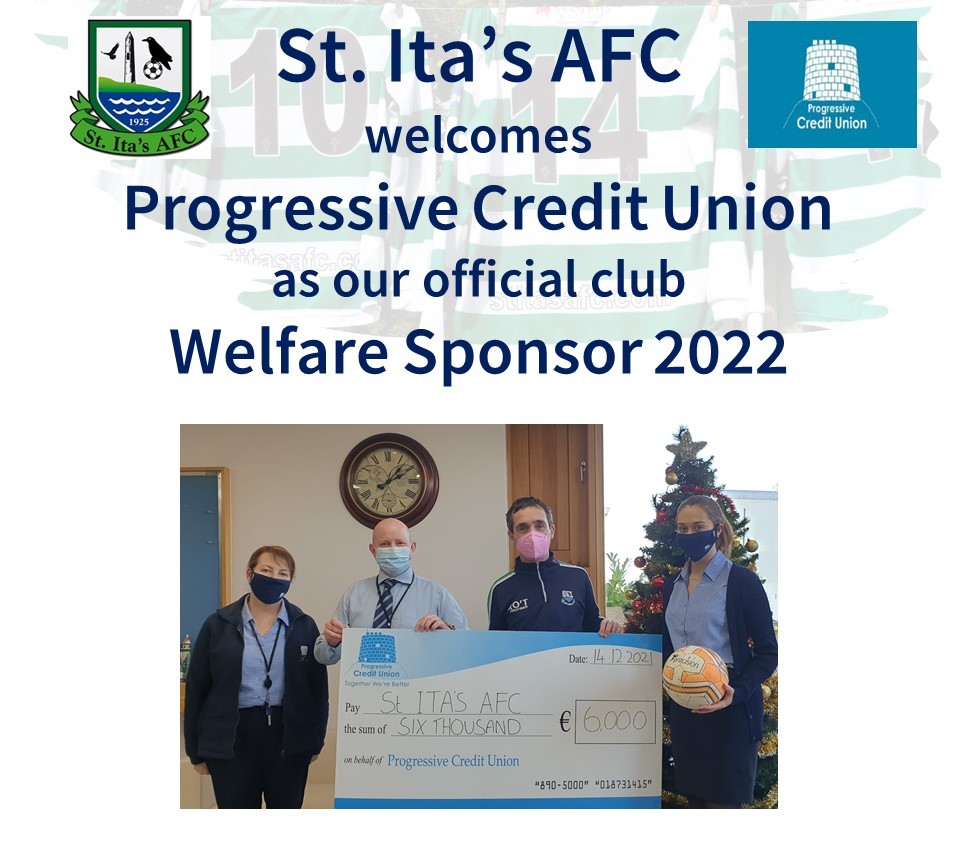 St. Ita's AFC announced Progressive Credit Union as the club's official Welfare Sponsor for 2022. The sponsorship of €6,000 will allow the club to invest in an upgrading of key safety equipment such as First Aid kits and an upgrade in AED equipment, and to roll out a programme of health and safety training including AED training for coaches.

According to St. Ita's AFC Chairman Conor Tonra, the Welfare Sponsor will be a crucial partner to the club:

We need to ensure that the standard of welfare of all our members is exceptional and fitting for a club of our size and ambition. This investment by Progressive Credit Union in our club will help us do exactly that.

This is an important investment by Progressive Credit Union and reemphasises our long-term commitment to Donabate and Portrane. There is already a significant overlap between our membership and the 700 members of St. Ita's AFC, and we are very proud to support a club which has played such a central role in the community of the peninsula.

ReminderIt is that time of the year again. Here is the ...

Well it couldn't have gone any better for both teams.On F...

Our girls academy will be running for another 6 weeks bef...

New First Aid kits have now been made available to all te...

Our LFA Leinster Junior Shield Final poster has dropped a...

Along with clubs across the country St Ita's will be part...

Get live information for Club on the ClubZap App